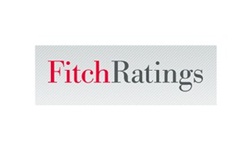 “Sovereign creditworthiness is strengthening as the sovereign and external balance sheets grow more resilient,” Andrew Colquhoun, head of Asia-Pacific Sovereigns at Fitch, said in a statement released yesterday. Fitch had maintained the stable outlook on Korea since September 2009.

The agency’s announcement was hardly expected given the state of the global economy, which has been shaken by the debt crisis in the European Union and a slower than expected economic recovery in the United States.

This year alone, Fitch has downgraded the credit ratings and outlooks of major developed countries including Japan, Italy and Spain. Korea is the only one to buck the trend since the latest crisis in the euro zone erupted in August.

According to Fitch, the nation’s foreign reserves are up 6.7 percent for the year-to-date to $311 billion, while its external liquidity ratio is forecast to reach 178 percent this year. The same ratio stood at 161 percent in 2008 when the global financial crisis was triggered by the collapse of Lehman Brothers.

Deputy Finance Minister Choi Jong-ku described the announcement as “very unusual,” at a briefing at the government complex in Gwacheon, Gyeonggi, yesterday.

“The upgrade in the outlook will definitely improve overseas financing for Korean financial institutions and will have a positive impact on the country’s capital market.”

It remains to be seen, though, whether the positive news will translate into Korea’s rating being raised within the next six to 12 months.

“A heavy external debt refinancing burden in 2012 and the volatile global economic and financial environment pose risks for the export-oriented economy,” Colquhoun said. “Successfully navigating these challenges over 2012 would support the case for an upgrade.”