If they liked it, they would have put a ring on it

If they liked it, they would have put a ring on it 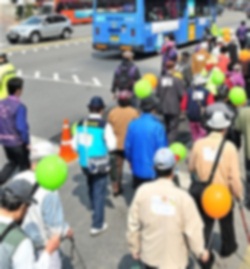 Joo Young-sam had his own business in Gangnam District and was engaged to his girlfriend.

But then the Asian financial crisis hit in 1997.

His business went bankrupt, and he became mired in debt. Although he found a new job, his salary wasn’t enough to raise and support a family.

“I had no choice but to break up with my fiancee,” Joo said.

Joo is now 45 years old and remains a bachelor.

“I still think about getting married, but I’m afraid of doing it every time I see my married friends because they complain about how hard and expensive it is to raise children in this country,” Joo said.

The economic crisis of the late 1990s and early 2000s has created a generation of single Korean men in their 40s who can no longer marry because of their age, data from Statistics Korea showed.

But experts say many of these men are content and in fact prefer their bachelorhood, participating in diverse social activities and spending their energy improving their social standing through networking instead of finding their life partners.

“Men in their 40s are part of the second baby boomer generation,” said Professor Lee Byung-hoon of Chung-Ang University. “And they were driven into tough economic circumstances when they were entering professional careers in the late 1990s.”

The poor economy of the 1990s, continuing job instability and a widening wealth gap have made Korea’s bachelors look at marriage as a choice rather than a inevitability as their parents did, Lee said.

Today, Joo runs 3040 Bowling Club, an Internet cafe for bowling enthusiasts in their 30s and 40s, most of them unmarried men in their early 40s.

The group recently held its first offline gathering at a bowling alley in Bangbae-dong, southern Seoul.

“It was my first time communicating offline with the members, and I could recognize that most of them had lost their chances to get married because of the poor economy in the late 1990s,” Joo said. “I heard that there are many other Internet clubs they are comprised of unmarried men my age.”

In Seoul, unmarried men in their 40s numbered 74,630 as of 2010. They are active in online groups (there are 372 Internet cafes for men in their 40s), sports activities such as bowling and golf, and various other hobbies such as wine tasting and camping, according to Statistics Korea.

With so many men in their 40s who are single, many don’t feel pressure to tie the knot, said Professor Kwak Geum-joo of Seoul National University.

“They tend to spend more time enjoying their hobbies with people who have similar ideas about marriage,” Kwak said. “They don’t feel like marriage is necessary.”