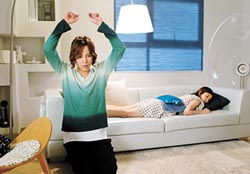 “You’re My Pet” starts with a bewildering discovery by a lonely woman named Ji-eun (Kim Ha-neul) of a box placed in front of her house big enough to contain a man - which it does.

The man in the box is In-ho (Jang Geun-suk) and upon discovering him, Ji-eun finds him irresistibly adorable as the spitting image of the pet dog she had when she was a child.

She jokes that she wants to claim In-ho as her pet and, to her surprise, he agrees.

Later, however, complications arise as the line between pet and master is crossed and the arrival of her ex-boyfriend from college confuses the relationship even further.

Things take another unexpected turn when Ji-eun discovers that In-ho is a spectacular dancer aspiring to be a musical theater choreographer or performer.

“You’re My Pet” is based on the Japanese manga “Kimi wa Pet” (“Tramps Like Us,” 2000-05) by Yayoi Ogawa. The movie is directed by Kim Byeong-kon, who was involved in producing previous romantic comedy “My Boyfriend is Type-B” (2005).

“Punch” is based on Kim Ryeo-ryeong’s novel “Wan-deuk-i,” which has sold more than 700,000 copies since it was published in 2008. Like the novel, the film is a coming-of-age story that revolves around a multiethnic family facing dire circumstances.

Wan-deuk (Yoo Ah-in) is in his second year of high school and lives with his father in extreme poverty. Although not a good student, he is a good fighter, a skill that will prove valuable to his future.

Wan-deuk has been able to endure his situation until now, but he is brought to the point of snapping when he learns of a long-held family secret: the mother who ran out on the two of them years ago is Filipino.At its heart, the film focuses on the relationship between Wan-deuk and his homeroom teacher, Dong-ju (Kim Yoon-seok). Although the two start the film bickering constantly, circumstances force them together and they soon become like family to one another. Wan-deuk’s life finally begins to change when he is encouraged to take up kickboxing. Through the sport, he begins to mature as a person and starts to develop his own dreams. 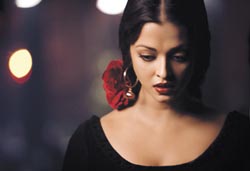 Ethan Mascarenhas (Hrithik Roshan) is a man trapped in his own body. One of Goa’s most well-known magicians, he is at the height of his career until his best friend and fellow magician ruins a dangerous magic trick and renders Mascarenhas a quadriplegic.

For years, he struggles along, surviving only with diligent assistance from his nurse Sofia D’Souza (Aishwarya Rai), who performs necessary but unglamorous tasks like bathing the paralyzed magician.

Though successful professionally as the DJ of a popular FM radio station, Mascarenhas struggles to own his own life while trapped in a wheelchair and dependent on others for even the most basic tasks. His growing love for his nurse and his attachment to a budding, young magician, who is also the son of the man who paralyzed him, add to the confusion.

Then he drops a bombshell. With what courage he has left, Mascarenhas petitions authorities to allow him to end his life, and he is back in the spotlight, this time in a national debate over euthanasia. The legal battle draws the magician’s mother, his nurse, magic fans and the government into an all-consuming battle that leaves everyone wondering if the fight is really worth all the trouble. 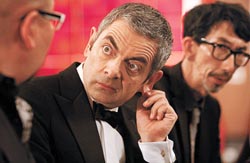 It’s English. Johnny English. And MI7’s unorthodox spy is back to save the world again. After disappearing to East Asia, English (Rowan Atkinson) is called back to the United Kingdom to help protect the Chinese premier from an attack on his life.

Director Oliver Parker will make you chuckle ... about as much as a decent YouTube find. The latter saves you some cash and an hour and a half of your life.

If it’s a rainy day, the kids are begging to go to the theater and you’re willing to sit through anything, go see “Real Steel.” At least that has robots. 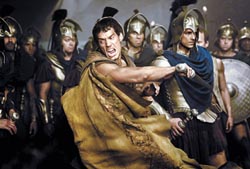 Immortals is another big-budget, all-action, mega-blockbuster epic in the same vein as “Clash of the Titans,” “Spartacus” and “300.” So it should come as no surprise to learn that it was made by the producers of “300.” If a film’s worth making once.?.?.

Titan god Hyperion (Mickey Rourke) declares war on all humanity and, in true epic-movie style, there is only one man who can lead humanity in the fight to preserve their very existence: Theseus (Henry Cavill).

The mythical founder-king of Athens, son of Aethra and fathered by Aegeus and Poseidon, both of whom Aethra had slept with in one night (make your own joke up), Theseus inherited a combination of divine as well as mortal characteristics and was chosen by Zeus to lead his people against Hyperion.

Why Hyperion is sick to death of humans isn’t revealed in any of the previews, but I am sure he has a good reason.

Director Tarsem Singh has crafted a spectacular looking film that is replete with scenes of gratuitous violence for the blood thirsty.

Among the fight scenes, Theseus re-enacts perhaps the best known myth involving him, battling the Minotaur.

So boxing robots and Wolverine. Could this possibly be the best film ever made?

Set in a “Blade Runner”-esque future where robot boxing is a top sport, “Real Steel” is centered around a struggling robot boxing promoter (Hugh Jackman) who thinks he has found a champion in a discarded sparring bot.

Yes, he discovers he has an 11-year-old son who wants to know his father, and there is a woman thrown in too, but this is all about the robots. Big, flashing, fighting robots.

Made by Dreamworks it was hoped the film would claw back the company’s reputation a bit, which it did by earning $27.3 million on its opening weekend.