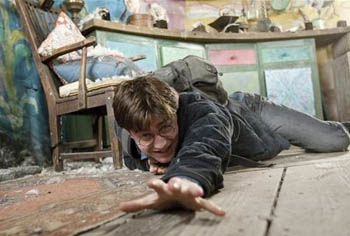 LOS ANGELES - Nominations for the annual People’s Choice Awards were announced on Tuesday, with popular films like the final “Harry Potter” and the latest “Pirates of the Caribbean” and their actors among the nominees.

“Harry Potter and the Deathly Hallows: Part 2” and “Pirates of the Caribbean: On Stranger Tides” will compete for favorite movie, alongside “Transformers: Dark of the Moon,” “The Help” and “Bridesmaids.”

The final “Harry Potter” film was the most-nominated movie of all, with nine nods.

Favorite movie actress nominees include Emma Stone, who starred in “The Help,” along with Jennifer Aniston, Julia Roberts, Anne Hathaway and Reese Witherspoon.

The People’s Choice Awards, which will take place on Jan. 11, come at the start of Hollywood’s annual season of film and television honors leading up to February’s Oscars. People’s Choice winners are judged by popular vote, not by critics or industry associations as are many other awards.

People’s Choice Awards also are given in TV and music in some 43 categories. Organizers said more than 40 million people voted online or via phone and social media like Facebook or Twitter.