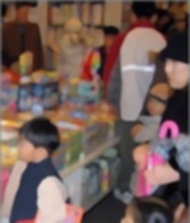 Police have found dozens of convicted sex offenders working at schools and other educational facilities for minors in violation of a law banning their employment at such places, officials said yesterday.

Under the law, those convicted of sex crimes and sentenced to a minimum punishment of a fine are banned from working at juvenile facilities, including schools and private institutes, for 10 years after their conviction.

In a nationwide inquiry into the criminal records of 139 million public and private workers at 270,000 such facilities, 27 people were discovered to have been convicted of sex crimes, the National Police Agency (NPA) said.

It is the first time the NPA has done such an extensive inquiry in cooperation with five relevant ministries since the regulation took effect in 2006.

Of the 27 people, six had been serving as teachers at either schools or private institutes, with one waiting to be appointed as an elementary school teacher. The other 17 had been working at sports facilities such as gyms and taekwondo studios, while two were security guards at apartment buildings and one had been running a child care center, according to the NPA.