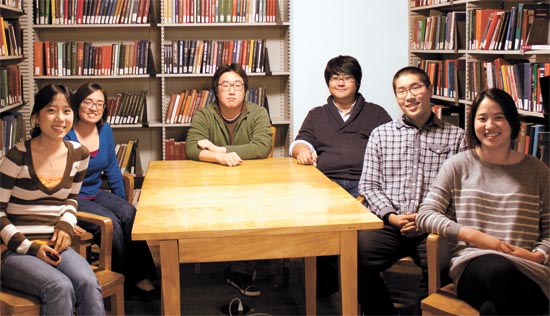 
After a year of effort, with many roadblocks along the way, Kwon Bo-kyeong has finally made her vision of providing a forum that fosters leadership in Korean students a reality.

“A leader’s duty is to provide other people with the skills to fly on their own,” said Kwon, 22, a Harvard University sociology major.

In August 2010, Kwon attended the Harvard Leadership Conference in Taiwan, a seven-day conference for Taiwanese youths led by Harvard students. Inspired, Kwon returned to the United States determined to provide a similar education program for Korean high school students, who are often laden with stress about college entry tests.

“At first, I was considering a creativity camp or an English camp, but I decided the greatest potential for manifestation of the students’ talents is in leadership,” Kwon said.

But organizing a conference proved challenging for Kwon and she ran into many obstacles. The Harvard-Taiwan conference was sponsored by National Taipei University, but Korean universities did not offer a similar system. Thus, Kwon took a year off school and returned to Korea in February to find a partner that was interested in supporting her vision of a free conference.

Some companies refused outright, while others said that while they understood the intentions of the project they would still rather collect registration fees to make the conference profitable.

“We couldn’t give up on the notion of having an event that was free of charge,” Kwon said. “It would have been unfair to provide an opportunity just for affluent students.”

Kwon stuck to her beliefs and proved the old proverb, “fall down seven times, stand up eight” true. After she was rejected by seven companies, she hit a home run with the eighth. Kwon secured full sponsorship for the leadership conference from Hanwha Group, as well as a location: Hanwha HRD Center in Gapyeong, Gyeonggi.

Next, Kwon gathered supporters of her vision and founded the group WingSharers, which currently comprises 12 Harvard students, including Lee Ho-chan, 22, a psychology major, and Kim Gyeong-don, 21, a political science major, both of whom are fellow members of the Harvard College Korean International Students Association, as well as five American students. Professor Timothy Nelson and Professor Kathryn Edin of the Kennedy School of Government also signed on to lend their expertise.

The leadership conference program will include a debate in English and public speaking workshops, lectures on business school case studies, persuasive writing and a formal dinner led by the Harvard students with lectures by the professors.

Kwon emphasized, “We are not here to define or teach leadership but to reflect on the problems in society together and share our thoughts with those who dream big.”

WingSharers plans to recruit students from other U.S. universities in the future to contribute their knowledge.