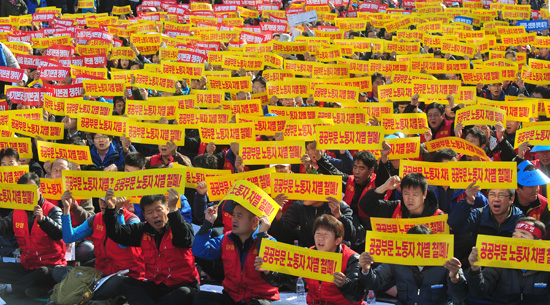 Unionized workers at the Korean Government Employees’ Union rallied in front of Seoul Station yesterday demanding the government end discrimination against nonregular public service workers and stop the government’s move to privatize state-run organizations. Rallies have been springing up in Seoul in tandem with growing discontent over the government’s policies. [NEWSIS]