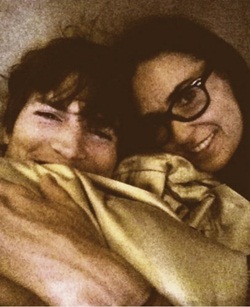 WASHINGTON - Actor Ashton Kutcher, the first person to amass a million followers on Twitter, is taking a break from the service after a tweet landed him in hot water.

“How do you fire Jo Pa? #insult #noclass as a hawkeye fan I find it in poor taste,” Kutcher, the star of the television series “That ’70s Show” and husband of actress Demi Moore, wrote on his Twitter feed.

Kutcher later removed the tweet, apologized and said in a subsequent blog post that he did not know the circumstances of Paterno’s firing when he wrote the message.

Paterno, 84, was fired by the board of trustees of Penn State on Wednesday amid an uproar over the handling of allegations of child sex abuse by one of his longtime assistant coaches.

“Last night after returning home from work I walked by the television and simply saw a headline that Joe Paterno had been fired,” Kutcher said in his blog post. “Having no more information than that, I assumed that he had been fired due to poor performance as an aging coach,” he said.

Kutcher said he subsequently learned the full story and when he returned to Twitter his feed was full of messages calling him an “idiot.”

He deleted the offending tweet and wrote: “As of immediately I will stop tweeting until I find a way to properly manage this feed. I feel awful about this error. Won’t happen again.” Kutcher, who is active in the fight against child sex trafficking, added: “As an advocate in the fight against child sexual exploitation, I could not be more remorseful for all involved in the Penn St. case.”

In his blog post, Kutcher said he would be turning over management of his Twitter feed to his production company, Katalyst Media, to “ensure the quality of its content.”

“Up until today I have posted virtually every one of my tweets on my own,” he said. “But clearly the platform has become too big to be managed by a single individual.”