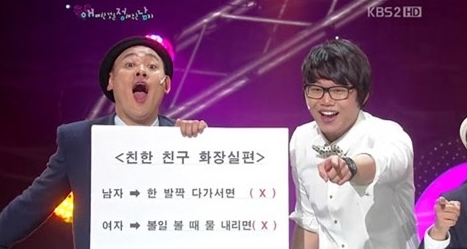 The Korea Communications Standards Commission (KOCSC) ruled yesterday that a popular comedy skit on KBS’s “Gag Concert” does not violate regulations, saying it is not mocking male viewers.

According to the KOSCS, a complaint filed last week claimed that the skit “Man who rules on ambiguous things,” or “Aejeongnam” in Korean, presented a biased viewpoint by describing men as the inferior gender. 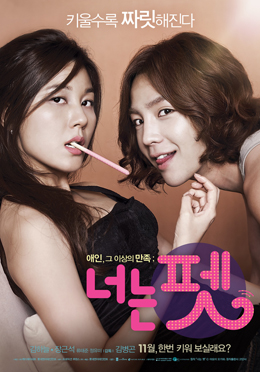 “It is a comedy program based on humor and satire, and overall, it does not have the intention of promoting prejudice and demeaning a certain gender,” the KOSCS announced.

In a recent skit, a comedian jokingly set standards for dating costs, saying, “Men should buy foreign products, while women should buy domestic ones.”

Separately, the Seoul Central District Court dismissed a request from a men’s activist group to ban the screening of the movie “You’re My Pet.” The group, Male Solidarity, filed the request last Wednesday saying that the movie described men as dogs and mocked the gender.

The film’s distributor, Lotte Entertainment, said in a statement that it welcomed the court’s decision and that it proved the unpersuasive nature of the claim.