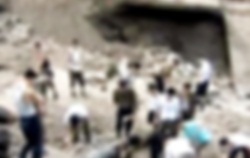 North Korea opened a department store selling luxury foreign goods in Pyongyang early this year as part of an effort to spiff up its capital and cement the loyalty of the regime’s elite class, a source with knowledge of North Korea told reporters yesterday.

Botonggang Department Store opened near the Botonggang River in February to sell luxuries to the affluent class in the North, the source said, quoting unidentified Chinese businessmen who recently visited the North.

The department store sells imported clothes, furniture and food, including such luxury brands as Armani and Chanel, the source said.

North Korea is planning for the celebration of the 100th anniversary of the birth of founder Kim Il Sung next year and is reported to be making high-profile changes to the capital, including the building of high-rise apartment buildings that can accommodate as many as 3,000 households as well as cinemas and parks.

In August, a renovated outdoor pool in Mangyongdae opened, which the foreign press called “North Korea’s Caribbean Bay,” after the high-end water park in Seoul.

The source said Kim Jong-il visited some construction sites on Sept. 8 with his youngest son and heir apparent, Kim Jong-un, and expressed satisfaction at their progress.

“A new quarter is under construction in the capital Pyongyang,” Kim was quoted as saying at the scene by the source, while the leader encouraged the workers.

The beautification projects, the source said, are also meant to improve living for privileged residents in the capital during the regime’s ongoing power succession process.

When Russia provided its impoverished former cold war ally with 50,000 tons of food assistance in mid-August, Kim allegedly ordered 40,000 tons of it to be allotted to Pyongyang residents and the supply of water, heating and electricity in Pyongyang to be prioritized.

The source said those Pyongyang-centered policies are rankling residents in other regions, who complain that authorities “are throwing away money and electricity,” the source said.