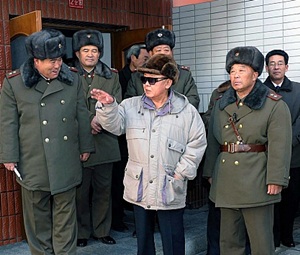 An international consortium once tasked with building two power-generating nuclear reactors in North Korea will soon demand that the communist country pay $1.89 billion in compensation for the project’s failure, a Seoul official said yesterday.

The demand comes after North Korea filed its own compensation claim for $5.8 billion in September, saying it suffered heavy financial losses and other troubles from the failed project.

After years of delays due to poor funding and other problems, the project fell through in 2006 after North Korea was found to have a second nuclear weapons program based on enriched uranium in addition to its widely known plutonium-based one.

The $4.2 billion project was about 35 percent complete when KEDO called it off.

“Ever since the project fell through in 2006, KEDO has sent a request to North Korea each year, demanding compensation for its breach of the agreement,” the government official said, requesting anonymity. “North Korea gave no response, and its sudden claim for compensation is completely unacceptable. KEDO plans to send an official reply in the coming days.”

The development comes as efforts are under way to revive the stalled six-party talks on ending North Korea’s nuclear weapons programs. Pyongyang is pushing for an unconditional reopening of the multilateral negotiations, which it walked away from in April 2009, while Seoul and Washington insist that the North first demonstrate its sincerity by taking proactive initiatives such as a monitored shutdown of its uranium enrichment program.