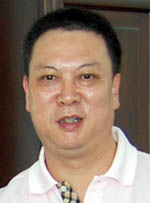 An entrepreneur and pioneer of Chinese investment in Jeju, Jiang Xian Yun, became the first foreign investor to be granted Korean permanent residency for investing on the island.

Through a joint venture between the Jeju Iholand Corporation and Benma Group, Jiang intends to build a “7-star” resort complex in the Iho 1-dong area, which he says will be the best in Asia.

Jiang, also president of the Jeju Benma-Iholand Co., has invested 63 billion won ($56.25 million) in the Jeju project and plans on investing 550 billion won by 2013.

Jiang met the requirements of Korean immigration law, which allows permanent residence to foreigners who invest over $500,000 and hire more than five people.

In May, Jiang’s Jeju joint venture plan was approved by the Chinese Ministry of Commerce. The Benma Group and Iholand Corporation will build family and tourist hotels, shopping centers, medical facilities and an amusement park on the island.