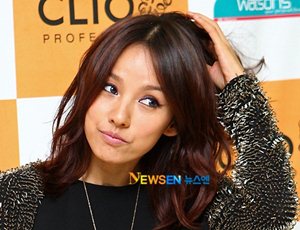 Megastar Lee Hyori expressed her anger toward a recent rumor about her, saying that she was found in her home dead.

Through her Twitter account, the singer wrote on Monday, “What do you call a joke that isn’t funny and has no meaning?” adding the Korean acronym for trash at the end of her tweet.

Soon afterwards, her followers on Twitter posted comments saying that they would be furious if they were in Lee Hyori’s position and that they wished the singer wasn’t too hurt by the rumor.

The singer’s name was one of the top search words on Korea’s major portal sites that day, in which the rumor spread like wildfire on social networking service sites including Kakao Talk messenger and Twitter.

The star, who rose to fame during the 1990s as a member of the popular girl group Fin.K.L., has since released four solo albums to date. In recent months, Lee has been proactive in animal rights activities after announcing earlier this year that she will lead a vegetarian lifestyle.

The singer is also the host of the annual MBC Campus Song Festival this year, which will air on MBC Nov. 24.