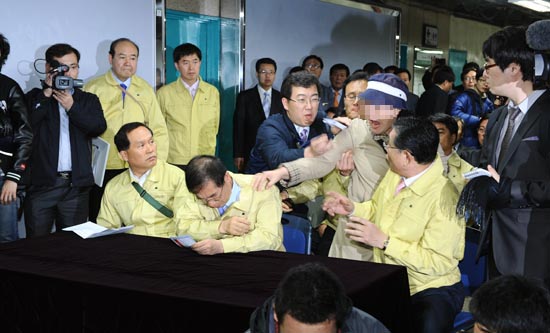 Seoul Mayor Park Won-soon is hit in the neck by a 62-year-old woman at around 2 p.m. yesterday in City Hall Station as he watched a civil defense drill. The woman shouted “You red [communist]! Step down as mayor! You’re a lap dog of [late President] Kim Dae-jung!” Although surprised by the attack, the mayor told officials to carry on the drill. Provided by Seoul City Hall