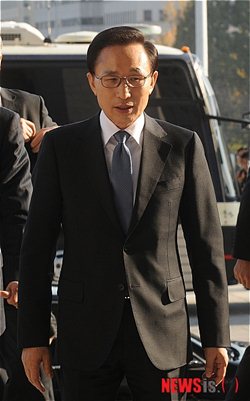 South Korea has vaccines for more than 1 million North Korean children, a Seoul official said yesterday, in the latest conciliatory gesture toward the communist neighbor.

The hepatitis B vaccines, worth 1.06 billion won ($942,300), were delivered to the North through international relief agencies in the South in two installments, with the last one being sent on Monday, said the official from the Ministry of Unification, which handles relations with Pyongyang.

The deliveries coincided with the South’s decision last week to authorize the resumption of some $6.94 million worth of medical aid to the communist country through the World Health Organization. They also came as Seoul has recently pledged a principled but flexible policy toward the North after months of tension and sanctions against Pyongyang following two deadly attacks on the South last year.

Pyongyang is blamed for the March 2010 sinking of a South Korean warship, which killed 46 sailors. In November of that year, it also shelled the border island of Yeonpyeong, killing two marines and two civilians.

“This project took place at the humanitarian level within the framework of sanctions” imposed after the ship sinking, the official said, speaking on condition of anonymity.

The vaccines were transported to the North via China, and as in previous years, supplied from the budget of the Ministry of Health and Welfare, the official added.

The official also noted that unlike flour and other types of food aid, vaccines are unlikely to be diverted away from the intended recipients.

It is the first time South Korea has provided vaccines to the North since the attack on Yeonpyeong Island.