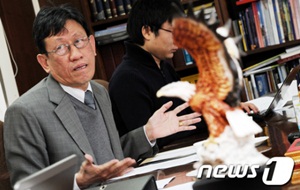 The ongoing dispute between Thailand’s ambassador to Seoul and a Korean hospital over the death of the ambassador’s wife is poised to develop into an international legal case that could strain relations between the two countries.

According to the Thai Embassy in Seoul yesterday, Thai Ambassador Chaiyong Satjipanon plans to file a criminal lawsuit with a Thai court against Soon Chun Hyang University Hospital in Yongsan District, Seoul, on charges of malpractice and negligence that he claims led to the death of his wife in September.

The ambassador already filed a criminal suit against the hospital with the Yongsan Police Station on Sept. 22, and they are investigating the case.

“He brought this action with the Yongsan Police Station, but then he also has a plan to do it in Thailand,” an official of the embassy told reporters at the embassy yesterday. “It will be a criminal suit in Thailand also.”

If the suit is filed in Thailand, the Thai prosecutor general or Thai Justice Ministry will proceed with it as an international case and will seek cooperation from Korean authorities to investigate the case under a bilateral legal cooperation treaty, the official said.

The suit, like the one filed in Korea, will be for malpractice and negligence. When the suit will be filed in Thailand has yet to be decided, the official said.

Thitinart Satjipanon, 53, died on Sept. 19, three days after she went to the hospital complaining of abdominal pain.

According to the embassy, the hospital diagnosed an intestinal obstruction as a possible result of food poisoning and suggested monitoring Satjipanon’s condition for three days to judge whether an operation was needed.

But, the official said, the preliminary result of an autopsy done in Thailand showed that lack of oxygen to the brain due to negligent treatment at the hospital was the direct cause of Satjipanon’s death.

The ambassador’s wife complained of pain throughout her time at the hospital, the embassy said, and her condition deteriorated to the point of passing out while waiting for an X-ray on Sept. 17.

But “the hospital made no effort to call any doctor, nurse or CPR team to rescue her,” the official said.

Thai doctors said if she had received an operation immediately, she might have lived, the official said.

Through his lawsuits, the official said, the ambassador hopes to improve the medical standards and management of the hospital and prevent a recurrence of the tragedy.

Late last month, the diplomatic corps in Korea sent a strongly worded letter to the Korean government calling for an independent inquiry into the death of the Satjipanon. The letter questioned the level of professionalism in many Korean hospitals and the level of English communication available.