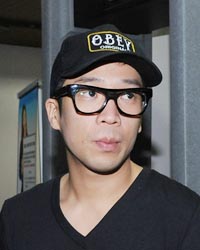 A Seoul court on Wednesday rejected a TV celebrity’s appeal of his conviction for a deliberate enlistment delay and upheld a suspended jail term handed down earlier this year.

Reading a summary of its decision, the appellate division of the Seoul Central District Court said it rejected the appeal after concluding that MC Mong obstructed justice by delaying the enlistment on accounts of false excuses.

The same court in April sentenced the celebrity whose real name is Shin Dong-hyun to a six-month prison sentence, suspended for one year, plus 120 hours of community service, for obstructing justice.

The appeals body, however, found the celebrity not guilty of trying to evade military duty by extracting one of his healthy teeth, upholding the original court ruling. It said the extraction was made for a clinical need.

The 32-year-old entertainer and singer had been well received for his humorous role in the famous TV show “One Night, Two Days.” But he has been shut out of other TV programs since he was indicted in October of last year on charges of military draft dodging and obstructing justice.