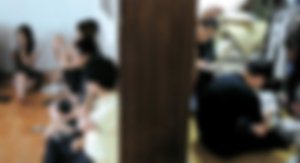 Another pyramid marketing scheme has been busted after roping in nearly 30,000 university students, graduates and homemakers and generating 140 billion won ($123 million) in illegal revenues.

The Ulsan Metropolitan Police Agency said yesterday it filed arrest warrants to detain the CEO of Well-Being Technology, a man surnamed Kim, 54, and two other executives on a charge of running an illegal pyramid scheme, and booked 43 other managers without detention on the same charge.

The pyramid marketing company phenomenon, which dates back to the late 1980s, has mushroomed in Korea. In Seoul’s Songpa District, there are more than 5,000 such companies, which police have been cracking down on.

The companies operate as a combination pyramid scheme and cynical self-help cult: they lure young people with few opportunities in rural areas with promises of a good job, who are forced to borrow money from banks, which they give to the marketing companies. In exchange, they’re given indoctrination and basic consumer merchandise and told to go out and sell them at high prices - and get rich.

The young people are usually forced to live in appalling conditions and are brainwashed by constant lectures. They continue to believe the lies told to them by the companies’ managers: Sooner or later they will get rich as long as they struggle hard to sell the junk they’ve been forced to buy.

The police said Well-Being Technology officials forced the students and housewives to buy cosmetics and health food products at inflated prices, and told them they could sell them to other people for even more.

A 23-year-old college student surnamed Kim from Ulsan encountered the company after leaving school temporarily because of money problems. He received a call from a high school classmate in February offering a job at Well-Being. To join, Kim was required to purchase products for 5 million won. The company introduced him to a savings bank, and he borrowed 8 million won at a 33 percent interest rate.

“The officials assured me it was very easy to pay off the loan if I started making sales,” Kim said. “They gave me a ‘silver class’ membership after I purchased the goods and told me my membership would be upgraded to ‘diamond class’ if I roped in more salespeople for the company.”

Kim tried to persuade friends to join the company but failed. Finally, he went to the Ulsan Nambu Police Precinct to ask for help.

“I was lucky I could get 3 million won back from the company, but it breaks my heart I had to use my parents’ money to pay off the debt,” Kim said.