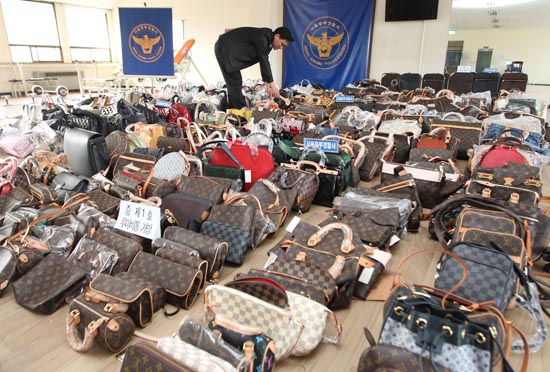 Fake luxury-brand bags were confiscated by the Seoul Metropolitan Police Agency from the residence of a 61-year-old man, surnamed Lee, who had been selling the counterfeits to Japanese tourists, making a profit of 300 million won ($265,500). The police issued an arrest warrant yesterday for Lee and two others for trademark infringement. [YONHAP]