Official from Tomato Bank kills himself

Official from Tomato Bank kills himself 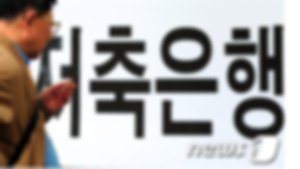 A high-ranking official from one of the country’s troubled savings banks under investigation hanged himself yesterday, the second savings bank suicide since Sept. 23, when Jeong Gu-haeng, president of Jeil II Savings Bank, threw himself off his headquarters in central Seoul.

Gwangju Police said that a Tomato Savings Bank director, surnamed Cha, 49, was found dead by his wife yesterday morning in an empty building near his house in Gwangju, Gyeonggi.

Police said Cha had sent a text message to his wife before hanging himself that read, “Come pick me up as I’ll be sleeping.” A half-page note was found in the afternoon inside the empty building, in which Cha apologized to his family but did not mention anything about the ongoing investigation or his bank, police said.

Prosecutors had questioned Cha about his involvement in Tomato Savings Bank’s mishandled loans to creditors. When prosecutors summoned him again, Cha failed to show and had been out of reach since.