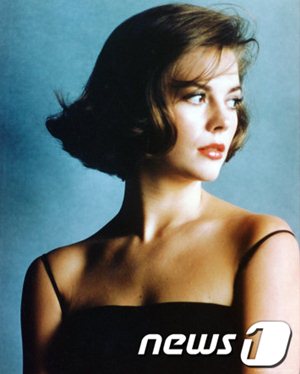 LOS ANGELES - Natalie Wood’s drowning death nearly 30 years ago came after a night of dinner, drinking and arguments, but the question remains - was it anything more than a tragic accident?

Conflicting versions of what happened on the yacht shared by Wood, her actor-husband Robert Wagner and their friend, actor Christopher Walken, have contributed to the mystery of how the actress died on Thanksgiving weekend in 1981.

Two sheriff’s detectives are now diving into the mysterious events on the yacht Splendour, although whether they reach any different conclusions than their predecessors remains to be seen. They recently received new, seemingly credible information and heard from potential witnesses who weren’t included in the original investigation of Wood’s death, sheriff’s Lt. John Corina said Friday.

But he said nothing has happened to change the official view that Wood’s death was originally an accidental drowning. Wagner, the star of “Hart to Hart” is not considered a suspect, he added.

Corina released few details about who investigators have contacted or plan to re-interview, but the inquiry will certainly lead them to speak with the three survivors of the trip - Wagner, Walken and skipper Dennis Davern.

The captain said on NBC’s “Today” Friday that Wagner is to blame for the Oscar-nominated actress’ death in the chilly waters of southern California in November 1981, but didn’t offer many specifics. For years he has maintained that he heard the famous couple arguing on the boat before Wood went missing and Wagner refusing to immediately search the waters nearby for his wife.

But Davern’s account is dramatically different from what he told investigators after Wood’s body was found in 1981, when no mention of an argument between the couple was made.

The renewed investigation comes at a time when plenty of attention was sure to be focused on Wood. CBS’ “48 Hours Mystery” has been looking into the case for a special that aired on Saturday.

Davern and Wagner agree on one point about the fateful night - there was a heated argument on the yacht after the group returned from dinner on Catalina. All had been drinking, and here is where the three men’s accounts begin to differ.

Was that fight “what ultimately led to her death?” Davern was asked by “Today” show host David Gregory.

“Like I said, that’s going to be up to the investigators to decide,” Davern responded after a long pause.