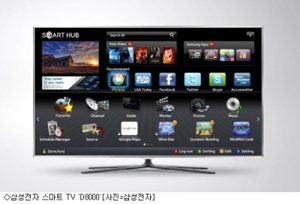 Samsung Electronics is in the final stage of negotiations with Google to manufacture Internet-connected TVs powered by the U.S. company’s software, the Korean tech giant said yesterday.

Yoon Book-keun, president of Samsung’s digital media business, said talks between the two companies on Google TV are close to being finalized, confirming an earlier report by Reuters.

Samsung has not yet decided if it will unveil the Samsung-backed Google TV during a January consumer electronics show in Las Vegas, Yoon told reporters on the sidelines of a conference. The adoption of Google’s TV operating system by Samsung, the world’s largest TV supplier, will likely boost the U.S. search engine operator’s TV project, which has not made a big mark in the market.

Market watchers expect TVs to be the next battle stage for global mobile software companies, such as Google, Apple and Microsoft, as consumers seek to watch, share and access content from multiple screens. The Google TV project to seamlessly mesh the Internet with the living-room staple faced a backlash when one of its partners announced its departure earlier this month. Logitech International SA said it will stop producing the set-top boxes for Google TVs after disappointing sales of early models, leaving Sony as the only Google TV partner.