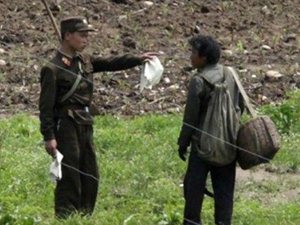 The Third Committee of the UN General Assembly, which handles social, humanitarian and cultural issues, approved the measure co-sponsored by South Korea and 51 other member states. A total of 103 members voted in favor and 16 were against it, with 55 others not voting.

The number of supporting nations increased by nine compared with the previous vote in 2010.

The resolution will be put to a vote on the floor of the General Assembly in December.

The resolution denounces “systemic, widespread violations of human rights,” reportedly including torture, inhumane conditions of detention and the death penalty for political and religious reasons.

In this year’s text, the member nations expressed concern over the suspension of reunions of families separated by the 1950-53 Korean War and took issue with a number of “prison camps” in the North.

Pyongyang’s envoy in the UN claimed that the resolution was politically motivated, according to the UN’s news release.

“The resolution before the committee was not based on human rights concerns; rather, it was an attempt by some countries to promote their own political interests,” the representative was quoted as saying.