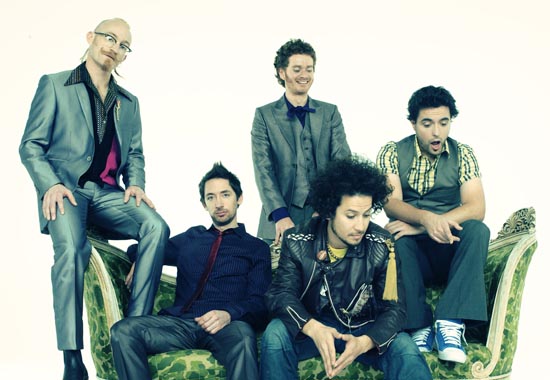 Saturday: Internationally acclaimed violinist Stefan Pi Jackiw returns for a recital, “Modern & Modernity,” where he will be accompanied by equally praised pianist Anna Polonsky. Jackiw is of Korean and German descent, and has collaborated with American orchestras such as the New York Philharmonic and Boston Philharmonic as well as the Seoul Philharmonic.

Lee began her ascent to stardom when she won the grand prize at the Gangbyeon Song Festival in 1988 as a freshman in college and went on to record two albums the following year. She rose to fame with her hit, “Damdadi,” at age 19, and has since evolved into a singer-songwriter, actress and writer. She has released 14 albums, including her most recent, “Bliss.” That album, released in September, was her first digital album and is the first on her own label, which she set up two years ago.

Dec. 1 and 2: Known for its stellar performance at the 2011 Pentaport Rock Festival, London’s soul funk band Mamas Gun is returning to Korea to promote its recently released sophomore album “The Life and Soul.” After the release of its first album “Routes to Riches” in 2009, the band became an instant success in Japan.

Noted for his eclecticism as a soloist, Grauwels has worked with international musician such as famed Guy Lukowski and Greek composer Yannis Markopoulos, who wrote a concerto for flute dedicated to Grauwels that was played at the Olympic Games in Athens in 2004.

Dec. 24 and 25: The four-member band’s holiday concert will reintroduce them to fans after a year of inactivity. 2AM is one of the two subgroups that branched out from the 11-member boy band One Day; the other is 2PM.

Metheny, the winner of 18 Grammy Awards, is one of the most critically acclaimed jazz musicians of the 1970s and ’80s and came to prominence as the leader of the Pat Metheny Group. His style combines progressive and contemporary jazz, Latin jazz, jazz fusion and more.

Jan. 14: The second Seoul Electronic Music Festival returns to bring back the heated fun and frenetic energy of the summer.

Headlining the show is renowned electro-funk duo Crystal Castles, whose music was made popular via the British TV series “Skins.” Their album was also listed as one of NME magazine’s 50 Greatest Albums of the Decade.

British trance music group Above & Beyond will also appear. The group is currently ranked No. 5 in the world, according to the annual Top 100 DJs poll in D.J. Magazine.

The rest of the lineup consists of popular local bands such as the famed Idiotape, which appeared at the Global Gathering two years in a row and received a great deal of positive acclaim.

Dec. 31: Popular Asian-American electro hip-hop group Far East Movement is putting together this hip-hop and electronic music festival to celebrate the New Year. Six teams of artists will perform at Vista Hall while four teams perform at the Walkerhill Theater.