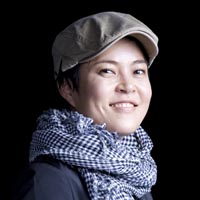 Comedienne Cho Hye-ryun has found herself in hot water for using a patriotic song about Dokdo in a textbook for Korean learners of Japanese.

The song in the spotlight is “Dokdo is Our Land,” which is famous for its political message claiming Dokdo as Korean territory.

Cho used the melody of the song and added lyrics similar to the “alphabet song” for her book, “Cho Hye-ryun’s First Step in Japanese.” Cho is popular in Japan and speaks fluent Japanese.

Ilgan Sports reported that the comedienne was oblivious to the fact that the song would cause such controversy, despite the fact that Dokdo is claimed by both Korea and Japan.

Cho’s agency claimed that the song choice was initiated by the publisher and was used because it had a catchy melody that made it easy to introduce Japanese, but apologized, saying “we should have examined the issue closely and not gone ahead with the proposal. We acknowledge our fault and accept the criticism.”