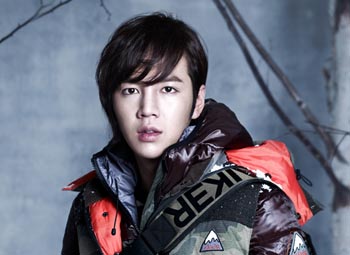 Hallyu (Korean Wave) megastar Jang Geun-suk has garnered much attention from the public by donating an unprecedented sum of 1.2 billion won ($1.04 million) to his school, Hanyang University.

On Wednesday, the school attributed the sum to Jang on its development fund Web site. It is the largest donation made by an individual in the history of the fund and the school has yet to decide how the money will be spent. According to Ilgan Sports, the donation will be used in accordance with Jang’s wishes.

Jang said he was surprised by the public announcement, as he had made the donation anonymously.

He said that he had “intended to make a secret donation and [was] caught off-guard by the attention,” since all he wanted to do was help fellow students who are living in “difficult surroundings.”

Jang is a fourth-year student at the university and, despite a hectic schedule that involves going back and forth from Japan to Korea, he is esteemed as a diligent student who partakes in various school festivals. He is currently filming the drama “Sarangbe” (“Love Rain”) with Yoona from Girls’ Generation.