Savior of Uigwe dies in France at 83

Savior of Uigwe dies in France at 83 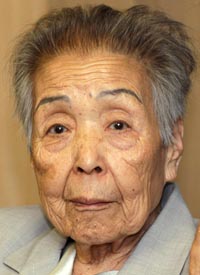 A Korean-born French scholar who contributed to the return of ancient royal books from France died at a Paris hospital on Tuesday, her family and the hospital said. She was 83.

Park Byeng-sen, a Korean historian who studied in France, had been receiving hospital treatment after undergoing surgery for rectal cancer in Suwon, south of Seoul, in January 2010.

She returned to Paris to write a history book 10 months later but underwent two more surgical procedures after her disease worsened. Park’s health did not improve and she had been in a coma since Saturday, according to the hospital.

Park, who has no descendants as she never married, had asked her relatives that she be cremated and her ashes scattered in the sea off Normandy in northern France, according to her family.

She also asked them to complete the writing of the second volume of her book about the French invasion of Korea and the plundering of the royal books in 1866, they said.

The Korean Embassy in France said it plans to have a memorial altar for the late Park at a Korean cultural center in Paris and is discussing funeral arrangements with her family.

The Seoul government had earlier said it was considering burying Park at a national cemetery in recognition of her contribution to the country, even though she was naturalized as a French citizen after 1967.

Park received a national medal from the Korean government in September for helping Seoul retrieve the ancient royal Oegyujanggak Uigwe books that were looted 145 years ago.

The books detailing royal ceremonies and rites of Korea’s last kingdom, the Joseon Dynasty (1392-1910), were returned to Korea in May.

She also discovered the presence of Korea’s Jikjisimcheyojeol, the world’s oldest metal printing type, at the French national library when she worked as a librarian there in 1972.

In 1977, she found that the looted royal books were among the collections of the library and prompted a campaign in Korea for the books’ return.