Ronaldo, Clooney can be witnesses in Berlusconi trial

Ronaldo, Clooney can be witnesses in Berlusconi trial 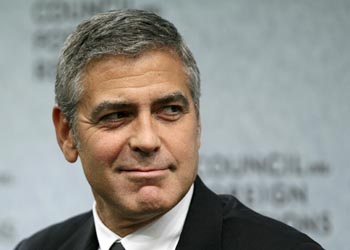 MILAN - An Italian court ruled on Wednesday that George Clooney and Cristiano Ronaldo can be called as witnesses in ex-prime minister Silvio Berlusconi’s trial for having sex with an underage prostitute.

Lawyers for Berlusconi want the Hollywood heart-throb and Real Madrid football star to help defend their client from charges of paying for sex with a 17-year-old girl and then abusing his powers to get her freed from custody.

The two are among 78 star witnesses including several former government ministers, a singer and two famous starlets being called by the defense, according to the list approved on Wednesday, a court official said.

Prosecutors are calling a total of 136 witnesses including the woman at the center of the case, a Moroccan-born nightclub dancer called Karima El Mahroug, who is better known by her stage name “Ruby the Heart Stealer”.

They are also calling 32 other young women who attended parties at the former premier’s villa near Milan where the crime allegedly took place.

Berlusconi faces a maximum of three years in prison for the sex charge and 12 years for abuse of power, after he allegedly pressured police to release El Mahroug when she was arrested in an unrelated case.

The court official said the judge would decide on a case-by-case basis whether specific witnesses would be called based on how the trial, which began in April but is still stuck in procedural issues, develops.

“Usually if they’re called they have to come. But if they didn’t come, we wouldn’t send the police after them,” the official said.