The bride and groom prefer to receive cash

The bride and groom prefer to receive cash 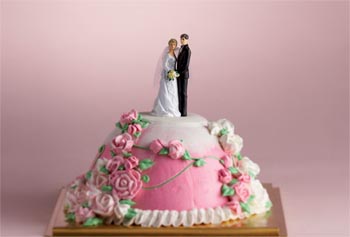 When a couple gets married in the United States, friends and family find the wedding registry at stores and buy presents off the list the couple has selected in advance. Since these gifts are delivered directly to the couple’s home, fewer presents are brought to the wedding ceremony.

However, the wedding scene in Korea is a little different. Instead of bringing presents, giving cash, called bujogeum, is considered common at weddings, as well as at other family events including funerals.

At weddings in Korea it is not at all difficult to find a table along both sides of the door to the main wedding hall. Close friends or family members of the bride and groom sit at the tables and collect cash from guests.

The same scene can be found at funerals - people give money to people sitting at a table outside of the funeral home and then show their condolences to the family of the deceased inside.

The literal meaning of bujogeum is “money to help.” Since weddings and funerals are big ceremonies and cost a lot of money, Koreans try to share the burden with family and friends.

The idea of pumasi, which means sharing the labor or help with one another when farming, is where the idea comes from. Families hosting the event are pleased to get money for the big events and friends are happy to be part of the joyful or sorrowful occasions and share the burden.

However, nowadays, the good meaning of bujogeum tends to get tarnished because people sometimes judge friendships by the amount of money they put in envelopes, or families try to make money off of the ceremonies.