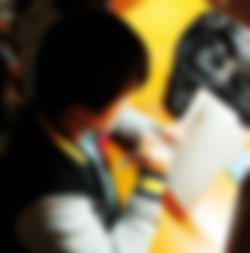 An 18-year-old high school student in Seoul has been charged with murdering his 51-year-old mother and keeping her corpse in her bedroom for nine months.

The boy says his mother nagged him too much about getting good scores on the College Scholastic Ability Test.

According to the Gwangjin Police Precinct, the student, surnamed Ji, fatally stabbed his mother in the neck several times in the kitchen of their apartment in Guui-dong, eastern Seoul, on March 13 because he was afraid she would discover that he had altered a score on a mock exam to make his performance look better.

“I fabricated my score on a mock CSAT exam to show that I ranked 62 among all seniors in Korea,” the boy said during questioning, according to police.

“I was afraid my mother would find out my real score because she was supposed to attend a parents’ conference the following day [Mar. 14].”

When he scored badly in mock exams, the mother would hit him with a golf club or baseball bat. The day before the murder, she forced him to stay on his hands and knees for 10 hours, regularly hitting him with a baseball bat.

According to police, the student’s real score put him in the top 4,000 high school seniors, which would still get him into very good universities.

In questioning, the boy said his mother pressured him to earn “the best” scores on the CSAT. She frequently told him, “You should get into Seoul National University’s School of Law” and “You should be the country’s number one student.”

The police said the son put his mother’s corpse in her bedroom and sealed the door with glue. It was discovered by his father, separated from his wife for the last five years, when he visited on Tuesday. The father said that the boy told him the mother had run away.