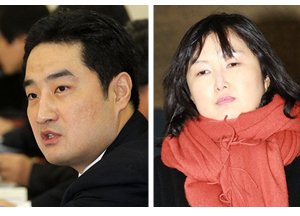 A local court yesterday dismissed a compensation suit filed by an association of TV announcers against a lawmaker for making sexist and derogatory remarks about female TV broadcasters.

The court also rejected a similar damages case filed by a group of 100 female TV announcers against the lawmaker. Rep. Kang Yong-seok, 42, was convicted of telling a group of college students last year that being a female broadcaster involves engaging in unwanted sexual relationships.

“The fact that Kang belittled women during the meeting with college students is recognized but we cannot see his remarks as targeting individual announcers as victims,” Judge Ham Sang-hun of the Seoul Southern District Court said.

The court noted that there are at least 700 to 800 female TV announcers working in the country.

The Korean Announcer Association filed the suit in July last year, claiming 1 billion won ($864 million) in compensation for mental damage that Kang’s remarks caused to its members. The group of 100 female announcers claimed 2 million won each in the separate damage suit. The lawyer-turned-lawmaker, who had been a member of the ruling Grand National Party, was ousted from the party after the remarks were reported.