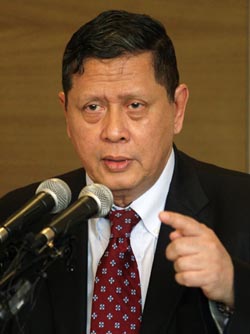 The United Nations’ envoy on North Korean human rights yesterday promised to work for the return of a Korean family believed to be held in the communist country, saying the case highlights the urgency of resolving abductions by the North.

Thousands of South Koreans, including lawmakers and human rights activists, have mounted calls at home and abroad for the return of Shin Sook-ja and her two daughters, who were reportedly being held at a prison camp in North Korea at least until recently.

Shin’s husband, Oh Kil-nam, has been at the forefront of the campaign, after fleeing the repressive regime in 1986. The 69-year-old retired economist defected to North Korea in 1985, while studying in West Germany, and was sent to a North Korean mountain area along with his family for brain-washing.

UN Special Rapporteur Marzuki Darusman, who is in Seoul to gather information on the North’s human rights situation, said he met with Oh earlier this week and empathized with his plight. 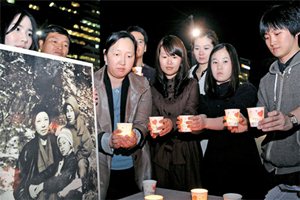 “Mr. Oh Kil-nam expressed his wish that he would be able to know whether his family is still alive and where they would be able to be located if so,” Darusman told reporters at a press conference as he wrapped up his five-day visit. “That would be the immediate issue to be addressed on this matter.”

Some 500 South Koreans are believed to be held in the North against their will, he said.

“The case of Mr. Oh Kil-nam is an emblematic case that illustrates the seriousness and magnitude of the problem, and reminds us of the need to resolve the issue of abduction urgently.”

“This would be the first time that this case has been presented to the special rapporteur. The immediate step would be to collect as much information as possible regarding the case [and] subsequently engage all UN human rights mechanisms to address the matter,” he said.