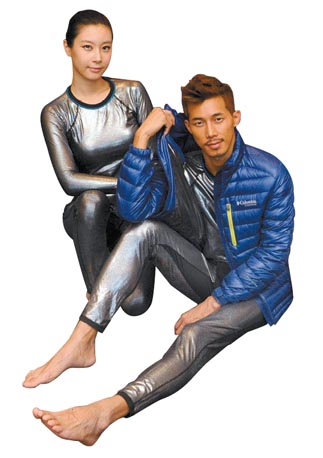 As the temperature nose-dived abruptly, Kim Jin-young, an office worker in Seoul, went to the downtown shopping district of Myeong-dong in central Seoul last week for Heattech underwear at the Uniqlo store.

She bought a pair of black leggings, a skin-colored short-sleeved T-shirt, a long-sleeved, white T-shirt and a few other sorts in different colors - all Heattech.

“I quit wearing long underwear ever since I graduated from high school largely because they - coming in a set of a skin-colored, long-sleeved top and a pair of long bottoms - were uncomfortable and thick. I hated them when I was young because they made me look fat,” said the 31-year-old. “Now that the fabric is much thinner and warmer, I began putting them on last winter. I just love them.”

She is one of hundreds of thousands of Koreans who bought up Uniqlo’s Heattech products this winter. The Japanese company’s sales are expected to surpass a record figure of 2 million pieces, double from last year.

Heattech is said to keep the body warm by storing heat between micro-thin fibers. The technology, developed in 2002, has also been applied to skinny jeans, mufflers, gloves and even bras this year, according to a Uniqlo spokeswoman.

The unprecedented sales of Heattech underscore the comeback of underwear that is generally classified here as naebok, or long underwear. The cutting-edge technology that has contributed to the underwear’s warmth and thinness has reversed the long-held perception that naebok makes you a fashion novice among the nation’s younger generation.

In the period between the 1960s and the 1980s, when Korea was still achieving robust economic growth on the back of manufacturing, and energy sources were insufficient, naebok was at the top of the list of winter must-have items.

Back then, it was conventional for youngsters to buy a set of red naebok for their parents when they received the first salary from their first job. There was even a K-pop song entitled “Red Naebok,” released by Lee Moon-se in 2002, that brought about nostalgia among the older generation.

The record-breaking cold weather seen in the past two years has also fanned the naebok trend. Last year, Korea saw below-zero temperatures for 45 straight days, an unprecedented event. The temperature this year won’t be as low as last year but brief periods of cold weather will repeat on a regular basis, the Korea Meteorological Administration forecasts.

Apparently inspired by Uniqlo, local apparel brands have also rushed to come up with an array of similar underwear products.

According to Try, sales of its Heat Up line rose 102 percent last year from a year before. Discount store Lotte Mart has doubled the supply of heat-trapping underwear this year from last.

Outdoor product firms have also jumped onto the bandwagon of the heat-generating underwear trend.

Two months earlier American brand Columbia released its new underwear product here that has its own self-developed Omni-Heat technology. It is known to keep you warm by placing the Omni-Heat reflective silver dots that reflect your body heat and keep you 20 percent warmer.