Wondergirls’ Sunye has a new man

Wondergirls’ Sunye has a new man 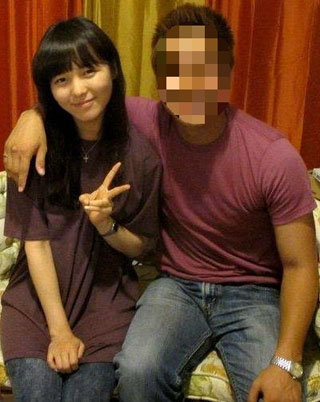 Wondergirls’ leader Sunye has been in the spotlight as the identity of her boyfriend, who is a missionary, has been revealed by none other than the singer herself.

Although being just 23 years old, the singer is not a stranger to the scandal and gossip that often follows a celebrity. There has been a lot of attention on her since she owned up to being in a relationship on the popular celebrity confessional show “Strong Heart” on Tuesday. Through the band’s official online fan site, the singer thanked her fans for their blessings and support. She said that it was only right to divulge the details foremost to her fans since the revelation on her love life has been made. According to Ilgan Sports, the leader of Wondergirls confirmed that the man she’s been seeing was a missionary based in Haiti.

“A few months ago I went to Haiti on an outreach mission after much anticipation and hopeful wishing about going on a mission trip,” and much to her surprise, the vocalist of the international girl band said she met her boyfriend there, in the “unlikeliest of all places.”