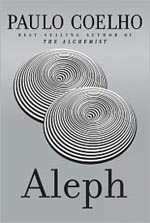 Transform your life. Rewrite your destiny.

In his most personal novel to date, internationally best-selling author Paulo Coelho returns with a remarkable journey of self-discovery.

Like the main character in his much-beloved “The Alchemist,” Paulo is facing a grave crisis of faith. As he seeks a path of spiritual renewal and growth, he decides to begin again: to travel, to experiment, to reconnect with people and the landscapes around him.

Setting off to Africa, and then to Europe and Asia via the Trans-Siberian Railway, he initiates a journey to revitalize his energy and passion.

Even so, he never expects to meet Hilal. A gifted young violinist, she is the woman Paulo loved five hundred years before - and the woman he betrayed in an act of cowardice so far-reaching that it prevents him from finding real happiness in this life. Together they will initiate a mystical voyage through time and space, traveling a path that teaches love, forgiveness and the courage to overcome life’s inevitable challenges.

The Heroes of Olympus, Book Two: The Son of Neptune 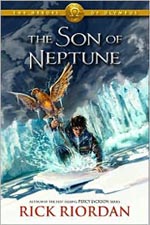 In “The Lost Hero,” three demigods named Jason, Piper, and Leo made their first visit to Camp Half-Blood, where they inherited a blood-chilling quest:

Seven half-bloods shall answer the call,

To storm or fire the world must fall.

An oath to keep with a final breath,

and foes bear arms to the Doors of Death.

Who are the other four mentioned in the prophesy? The answer may lie in another camp thousands of miles away, where a new camper has shown up and appears to be the son of Neptune, god of the sea.

With an ever-expanding cast of brave-hearted heroes and formidable foes, this second book in “The Heroes of Olympus” series offers all of the action, pathos, and humor that Rick Riordan fans crave.

Capitalism 4.0: The Birth of a New Economy in the Aftermath of Crisis 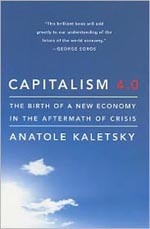 What collapsed on Sept. 15, 2008, was not just a bank, or a financial system, or even a house of cards built on a debt mountain. What collapsed that day was an entire political philosophy and economic system, a way of thinking about and living in the world.

The question now is what will replace the global capitalism that fell apart in the autumn of 2008.

The traumatic events of 2007-9 will neither destroy nor diminish the fundamental human urges that have always powered the capitalist system - ambition, initiative, individualism, the competitive spirit.