Bale says this is his last ‘Batman’

Bale says this is his last ‘Batman’ 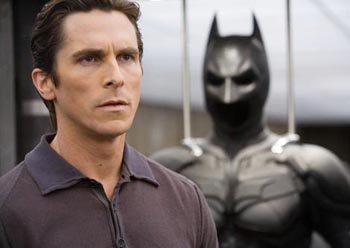 Set for release in July, the movie is Bale’s third stint as Gotham’s Caped Crusader for director Christopher Nolan, after “Batman Begins” (2005) and “The Dark Knight” (2008).

“I wrapped a few days ago, so that will be the last time I’m taking that cowl off,” Bale told the newspaper during an interview in Beverly Hills. “I believe that the whole production wrapped yesterday, so it’s all done. Everything’s finished. It’s me and Chris ­- that will be the end of that Batman era.”

The 37-year-old actor’s comments, published late last week, weren’t his first indication that he might have reached the end of the Batmobile ride. Bale told E! News in November one year ago that “unless Chris says different, this will be the last time I’m playing Batman.”

Bale, who received an Oscar last year for his supporting performance in “The Fighter,” next appears on the big screen in Zhang Yimou’s China-set period drama “The Flowers of War.” He’ll also star in two films from “Tree of Life” director Terrence Malick.

Film actors who have preceded Bale in the dual role of Batman and his alter ego, Bruce Wayne, include Michael Keaton, Val Kilmer and George Clooney.