‘Twilight’ shines on for second week

‘Twilight’ shines on for second week 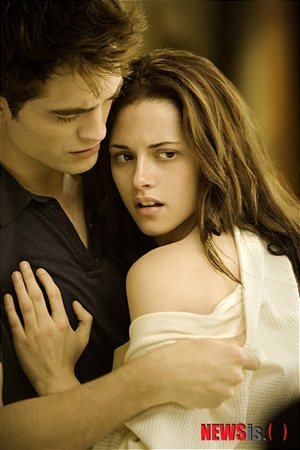 LOS ANGELES - The latest “Twilight’’ movie has plenty of daylight left with a second-straight win at the weekend box office.

“The Twilight Saga: Breaking Dawn - Part 1’’ took in $42 million domestically over the three-day weekend and $62.3 million in the five-day Thanksgiving boom time from Wednesday to Sunday. That raised its domestic total to $221.3 million, while the Summit Entertainment release added $71.5 million overseas to lift the international total to $268 million and the worldwide take to $489.3 million.

Debuting at No. 2 was Disney’s family flick “The Muppets,’’ with $29.5 million for the three-day weekend and $42 million over the five-day holiday haul.

“I was pretty surprised by this. I just thought this was the perfect combination of films in the marketplace,’’ said Paul Dergarabedian, analyst for box-office tracker Hollywood.com. “Maybe there was just too much out there.’’

Domestic revenue totaled $234 million from Wednesday to Sunday, well below the $273 million record set two years ago, when “The Twilight Saga: New Moon’’ led the Thanksgiving weekend, according to Hollywood.com. Receipts also fell short of last Thanksgiving’s $264 million haul, when “Harry Potter and the Deathly Hallows: Part 1’’ finished on top.

Studio executives concede it’s growing harder to lure fans into theaters given all the portable games, devices and other electronics people have to fill up their entertainment time.