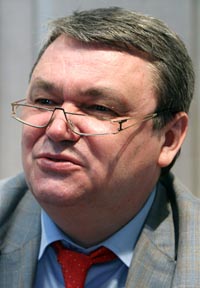 North Korea will attempt a third nuclear test or other form of provocation toward South Korea ahead of the South’s presidential election next year, according to a veteran Korea expert from Russia’s top state think tank.

In an interview yesterday with the Korea JoongAng Daily and JoongAng Ilbo, Vasily Mikheev, vice president of the Institute of World Economy and International Relations, said however that such hostile brinkmanship will not sustain the regime for the long run considering the grave challenges to its survival.

Mikheev said the Kim Jong-il regime will eventually start to crumble within a decade under the combined pressures of its inevitable market reforms and weak support for heir apparent Kim Jong-un. 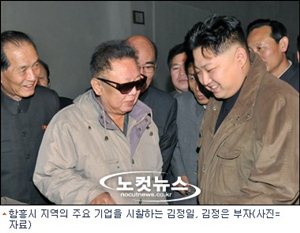 He visited Seoul to participate in a one-day conference held by the Institute for National Security Strategy at the Shilla Hotel in central Seoul yesterday to give his forecast for changes on the Korean Peninsula, including next year, when the North is supposed to fulfill its pledge of becoming a strong and prosperous country.

“To fulfill the prosperous country promise, Kim will give a present to the people before April’s 100th anniversary of [founding father] Kim Il Sung’s birthday,” Mikheev said.

“And in the second part of the year, North Korea will take into consideration the fact that you [South Korea] will have a presidential election, and they will try to show they are [a strong country.] So maybe in September or October, we should expect some kind of provocation,” he said. “They can make another attempt of a nuclear test.”

Mikheev said the regime is trying to reverse eroding public loyalty, but it cannot withstand the inevitable changes facing the North.

His view is reflected in a recent report from his think tank describing the global outlook in the next 20 years, which predicts that the North will start collapsing in the 2020s, and by 2030, the disarmament and economic modernization of the country will be well underway by an interim regime under the oversight of the international community.

During the interview, Mikheev described Kim Jong-un’s apparently weak position as successor to his father.

“I remember in Pyongyang in 1975 they started putting portraits of Kim Jong-il on the walls in offices and homes, and a little bit later, they named him Workers’ Party secretary, so it took around 15 years, 20 years to legitimize Kim Jong-il as leader,” he said. “Now, we do not see anything similar.”

Mikheev said the failure of the socialist system in the Soviet Union and Eastern Europe will also befall the North, and the embrace of the North’s two traditional allies - China and Russia - of market capitalism will pressure the North to open up. He said people in leadership positions in the North who have experience in the Western world will push for internal reforms after Kim Jong-il’s death.

“After the death of this leader, the situation can change. This group can push market reforms for North Korea because they see benefits in developing the system,” he said.

Mikheev said the goal of the six-party talks should be changed from denuclearization to market reforms by the regime.