The government added 43 items including smartphone rates and removed 21 outdated items such as the price of gold rings from its newly unveiled consumer price index (CPI) measurement system yesterday. 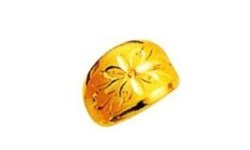 The index was changed for the first time in five years to better gauge inflation. It will be used to calculate this month’s CPI and also applied retroactively from the start of this year.

“In the past few years, there have been major transformations in consumption trends due to social and economic changes, as well as the introduction of new consumer products like smartphones and new services,” said Yang Dong-hee, head of Statistics Korea’s price statistics department.

“It is necessary to reflect the real spending patterns of consumers.”

However, some have speculated that the real intention behind the change is to lower the numerical figure of the CPI to ease public anger over the government’s failure to tame inflation, which remains high.

Other newly added items on the list by Statistics Korea include makgeolli (Korean rice beer) and samgak gimbap (triangular seaweed rice rolls), while it removed the price of camcorders and public phone rates from the index’s basket.

The government also confirmed that the spending habits will not only reflect households in urban areas but also those in rural areas in a bid to make the CPI more representative.

The government’s overhaul of the CPI comes at a time when the nation’s consumer prices continue to grow, putting additional pressure on average households.

The Bank of Korea earlier projected that it would be difficult to meet its inflation target of 4 percent for this year as prices of international oil and raw materials keep surging. The country’s average CPI growth for the first 10 months of this year was 4.4 percent compared to 2010.

Despite the high level of inflation, the Bank of Korea froze the key rate for the fifth straight month in November due to global uncertainty led by the chronic euro zone debt crisis. Analysts predict the central bank may cut the key rate next year to shield the local economy from the global slowdown.

Amid such challenges, the new CPI system is aimed at lowering inflation for the January-October period by 0.4 percentage points to 4 percent.

Critics claim the overhaul is merely an attempt to lower the inflation index, especially given the steep drop.

Statistics Korea refuted the accusation by countering that the biggest impact to the new CPI gauge would be caused by the omission of gold ring prices, as these have surged recently.

With these alone taken out of the equation, the country’s overall CPI growth drops by 0.25 percentage points.

The government said it will announce two separate CPIs for November calculated using each of the systems on Thursday.