Director Ken Russell dies in his sleep at 84

Director Ken Russell dies in his sleep at 84 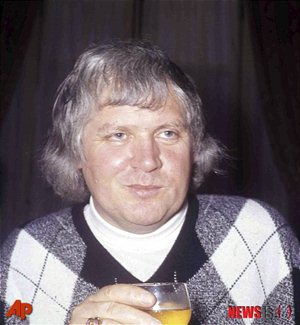 LONDON - Ken Russell, the British director of “Women in Love” and “The Devils,” has died at the age of 84.

His widow Elize said the famously provocative filmmaker passed away peacefully in his sleep on Sunday afternoon.

“It was completely unexpected,” she said in a statement issued by his agent. “He had recently agreed to direct the feature film ‘Alice In Wonderland: The Musical’ and he was working on the script and casting of that.”

She added that Russell was keeping himself “very busy,” and that she was “devastated” at his passing.

Russell began his directing career with the BBC and went on to make some of the most controversial and violent films of the 1960s and ’70s.

“Women in Love,” a 1969 adaptation of D. H. Lawrence’s novel, became infamous for its nude wrestling scene between actors Alan Bates and Oliver Reed. The picture earned Russell an Oscar nomination for best director, and Glenda Jackson won a statuette for best actress.

Jackson, now a parliamentarian in London, told the BBC that Russell “created the kind of climate in which actors could do their job and I loved him dearly.” But she also criticized the British film industry for turning its back on the maverick talent. “It was almost as if he never existed. I find it utterly scandalous for someone who was so innovative and a film director of international stature.”

Russell was criticized for the level of violence in the 1971 religious drama “The Devils,” while his biggest commercial success came three years later with “Tommy,” an adaptation of The Who’s rock opera.