Gagman gets serious with girlfriend

Gagman gets serious with girlfriend 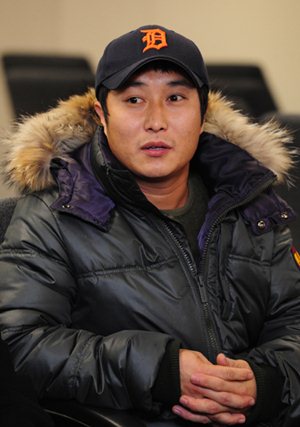 Comedian Kim Byung-man from popular comedy show “Gag Concert” has revealed that he is registered to marry his girlfriend, a single mom who is older than him.

Through a statement released by his agency Castle J Entertainment on Monday, Kim announced that as speculations on Kim’s girlfriend increased, the star of “Gag Concert” wanted to clarify a few things. The agency confirmed that Kim’s bride-to-be is older than the comedian, a single mother and currently working as a teacher.

The entertainer said through the press release that the reason for the early marriage registration prior to his big day in March was for adoption purposes. Kim thought it was necessary to give the soon-to-be stepchild of the comedian his surname as quickly as possible. Kim also thanked the public for their support and attention toward his wedding. However, the funnyman maintained a serious front when he said, “I’d like to protect the private lives of my girlfriend and her child as much as possible. Any excessive media attention will not be tolerated.”