Cut the fat before adding muscle

Cut the fat before adding muscle 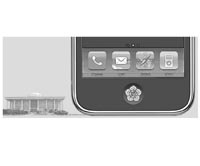 It’s been two years since the iPhone was introduced to the world. With the market flooded with smartphone models, I specifically remember the iPhone’s birthday because of the undeniable change it has brought to the world.

I am not an iPhone user, but whenever I look at it, I am reminded of the saying by Yelu Chucai, a minister of the Yuan Dynasty: “If you make a profit, you should remove something harmful. If you add one new job, you should eliminate an antiquated and useless one.”

Yelu Chucai was born to a royal family of Khitan and helped the Mongols grow from a nomadic tribe to the greatest empire in the history of the world. He turned the aggressive Mongolian invasion campaign into a civilized government that embraced its enemies. Historians do not hesitate to say that the Han people would have become extinct in China if it had not been for Yelu Chucai.

Steve Jobs may not be as virtuous as Yelu Chucai, but the two men had similar philosophies. Yelu Chucai instructed us to think about what to subtract rather than what to add. Jobs thought the same. Before the iPhone, mobile phone manufacturers competed to expand memory capacity and reduce the size of their products. Companies made enormous investments to make their phones 0.1 millimeter thinner, though users were not likely to notice the difference, and added incomprehensibly complicated functions. But the iPhone blew them all away. It eliminated all but one button, which provides the only function that users need. And Apple provided all kinds of applications to make the phone better. If the iPhone hadn’t started a new cellphone era, we may have had to wait a long time for two-way mobile communication through social networking services.

It is a shame that the politicians and administrators do not seem to know what changes the iPhone and other smartphones have brought about, even though they use them in their daily lives. They are not trying to understand why people rave about the iPhone, even though they follow the trend of the day and use it to make comments on social networking services. They are only pursuing the benefits without removing the harms, so they are only adding a new task without eliminating a useless one.

They need to reconsider whether they have the courage to remove every button but the one that is necessary, and if it is necessary not for the producers but for the consumers.

*The writer is a culture and sports news editor of the JoongAng Ilbo.