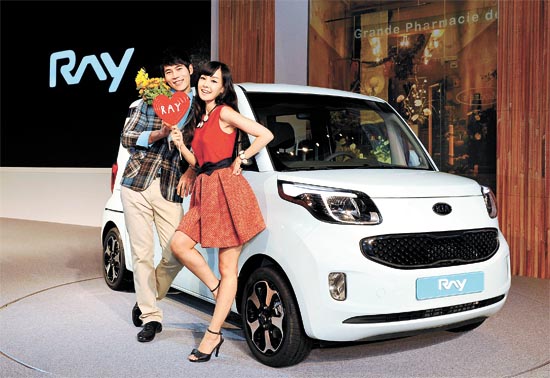 Models pose next to Kia Motors’ all-new mini box car, Ray, which was officially released yesterday at the Grand Ballroom inside the Haevichi Hotel on Jeju Island. The compact, featuring a Kappa 1.0-liter engine, is priced between 12.4 million won ($10,800) and 16.3 million won. [YONHAP]