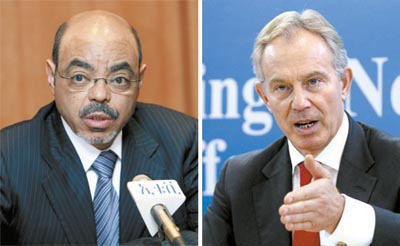 BUSAN - Korea has a special place as one of the most inspiring aid givers in Africa despite larger aid packages going to the continent from China, according to former British Prime Minister Tony Blair yesterday.

“You moved from being an aid recipient to a donor of aid - that’s a transition most of these African countries look up to,” Blair said about Korea at a meeting with the media on the sidelines of the Fourth High-Level Forum on Aid Effectiveness, a three-day international gathering that kicked off yesterday in Busan.

Blair, who is leading an international initiative to improve governance in Africa, chaired a session on aid in Africa during the forum yesterday.

Blair said Korea has potential to teach developing countries, including in Africa, about its rapid development, which turned a formerly war-stricken backwater into the world’s 13th-largest economy.

“I think you’ve got a lot to teach people about development, how you created a successful country,” he said.

Ethiopian Prime Minister Meles Zenawi, another participant in the Busan forum, also praised Korea as a model to emulate in development, and welcomed its growing exchanges with Africa. He called for more sharing of knowledge and corporate investment from Korea.

The last of a series of forums held by the Organization for Economic Cooperation and Development since 2003, the Busan meeting has drawn more than 3,400 people from 160 countries, 70 international organizations and 300 civic groups from home and abroad, according to the organizers yesterday. Its topic is how to use the hundreds of billions of dollars of aid donated every year more effectively.

The event will wrap up with the “Busan Declaration” tomorrow, which the organizers hope will contain well-coordinated principles and methods to make development assistance more effective.

Blair said international aid can be more effectively used when donor and recipient countries regard each other as partners, not givers and takers, and when they work together for the ultimate goal of terminating that partnership. 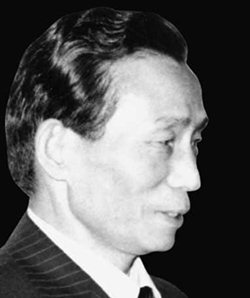 “This is a great opportunity to shift the debate on aid and development away from the idea that there should be a dependent relationship between wealthy countries and poorer countries,” Blair said, “toward a situation where we are helping countries to stand on their feet, to get better governance, to build capacity necessary to deliver effective change.” 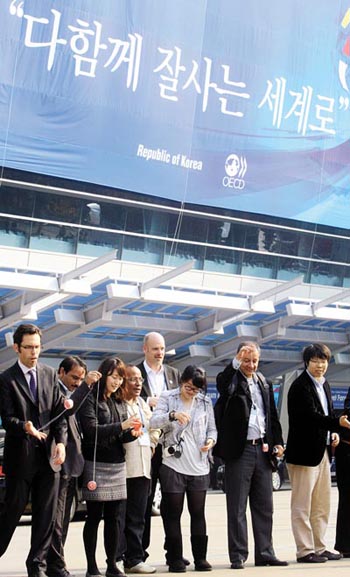 Civic organization members from around the world do a yo-yo performance in front of the Bexco Convention Center in Busan to encourage more aid to developing countries during the Busan High-Level Forum on Aid yesterday. [NEWSIS]

Blair said African countries, for example, although they are rich in resources, need good governance to utilize the resources best. Zenawi, at the media meeting, acknowledged that effectively functioning states are needed for effective aid in Africa, and most African countries don’t have them.

Blair said he sees a growing desire in Africa for self-reliance and independence, and donor countries should make the most of the trends.

New ideas to make aid effective is particularly important, observers say, as some emerging economic powers like China are pouring massive amounts into developing countries, mostly to countries rich in resources, without consulting other donor countries, lowering the effect of aid by spoiling recipients.

The member-states of the OECD’s Development Assistance Committee are estimated to have spent $128 billion in aid last year, and some estimate the aid spent by the so-called BRIC countries (Brazil, Russia, India and China) already account for around 30 percent. Traditional donors are decreasing their aid as a result of the global economic crisis. Blair said that given the speed at which those countries emerged as large aid donors, it should be seen as a “period of adjustment.”

“We need to see how we can cooperate effectively with China,” he said.

The first day of the Busan forum was opened with a plenary session “Progress Since Paris: How Far Have We Come?,” a review of the accomplishments and remaining challenges to achieve recipient-oriented aid, a goal set at the second high-level forum on aid effectiveness in Paris in 2005.