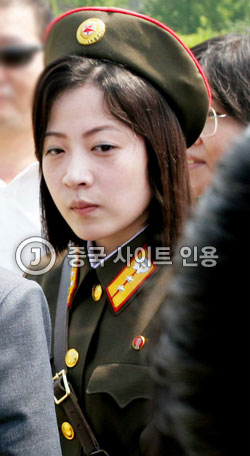 North Korean women, fed up with the country’s patriarchal family structure and suffering from its poor economy, are increasingly marrying younger men and filing for divorce, revealed Professor Park Young-ja of the Ewha Institute of Unification Studies at a seminar Thursday.

“[It is] the woman’s declaration of independence - the sense that I am no longer going to continue tolerating everything,” she said.

Sponsored by Representative Kim Ok-Lee of the Grand National Party, the seminar was entitled, “Are we going to leave North Korean women’s rights like this?” Park’s research into societal trends in North Korea involved in-depth interviews with women who had recently defected from the North.

North Korea’s divorce rate is increasing despite government threats that those who divorce face deportation, Park said, potentially creating a ‘societal problem’ in the long run.

“The citizens do not think it is necessary to report marriage and divorce to the authorities,” she said.

For many women, financial hardship is not the direct cause for divorce but its combination with the realization of their low status in a strict patriarchal societal structure, Park said.

“When choosing a husband, [the women’s] first priority is economic capability and potential for development,” she said. “As women increasingly take responsibility for their family’s livelihood because of increased financial difficulties, more young women are also avoiding marriage and living together without marrying.”

Park said that the moribund economy and the North’s stifling culture are threatening women’s rights.

“In some parts of North Korea, one of the main means of survival for women is prostitution” to support their families, she said. Even married woman offer themselves to Chinese men, as well as soldiers and regular citizens. Prostitution is rampant in the Rajin-Sonbong Economic Special Zone and has spread to other commercial locations in the country.