Prosecutors, police square off at debate in Assembly

Prosecutors, police square off at debate in Assembly 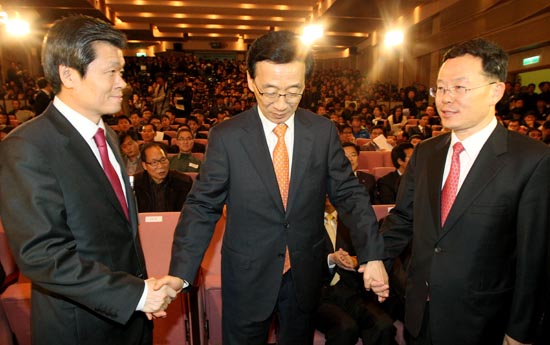 
Police officers and prosecutors yesterday exchanged barbs over who should have jurisdiction over criminal investigations at a public debate arranged by the National Assembly, a week after the Prime Minister’s Office announced a new regulation to place police investigations under the supervision of prosecutors. 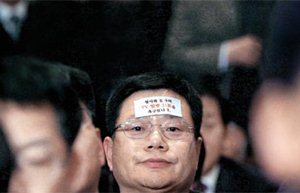 The debate, held inside the National Assembly yesterday afternoon, saw the two sides lock horns at first before the debate appeared to go in the police’s favor as throngs of police officers were present for support.

Police say the new regulation will hamper their investigations because it would lend credence to assumptions that police investigations regularly infringe on human rights. Prosecutors have repeatedly argued for supervision over police to prevent human rights abuse.

The debate was hosted by police officer-turned-lawmaker Representative Lee In-ki of the ruling Grand National Party, chairman of the Public Administration and Security Committee, who criticized the new regulation at the debate.

“The Prime Minister’s Office had six months to work on the revision but did nothing and scrambled at the end to finish the work,” Lee said. “The officials who are in charge of the revision should take full responsibility for generating this conflict and resign from their positions.”

Lee Se-min, a police representative from the National Police Agency, added that supervising preliminary investigations would amount to an abuse of power by prosecutors as well as a violation of the purpose of judicial reform.

“The regulation should be revised in order to receive the nation’s support,” Lee said.

Several outspoken police officers at the debate did not hesitate to mention cases of prosecution corruption including the so-called “Grandeur Case,” in which a prosecutor was investigated on suspicions of taking a Hyundai Grandeur luxury sedan from a friend in return for lobbying a colleague to look after the friend’s legal case in 2008.

Police said on Sunday that they would accept the new regulation from the Prime Minister’s Office only if they, in return, are granted investigative jurisdiction over cases of prosecutors’ corruption.

Prosecutors at the debate, meanwhile, maintained that they had sole investigative authority over all police investigations, preliminary and official, as stated in the Code of Criminal Procedure.

“The new regulation is fair and is not violating any of the Code of Criminal Procedure,” said Lee Du-sik, a representative for prosecutors.

When Lee exceeded his allotted speaking time, members in the audience, who were mostly police officers, jeered. “Look at the clock!” they yelled, “You’ve exceeded the allowed time!”

At the end of the debate, a dozen police officers requested a question and answer session with the prosecutors’ debate representative, but Lee turned it down. Although the debate appeared to be in the police’s favor, prosecutors have not budged from their position, saying that there was no possibility of changing the new regulation.