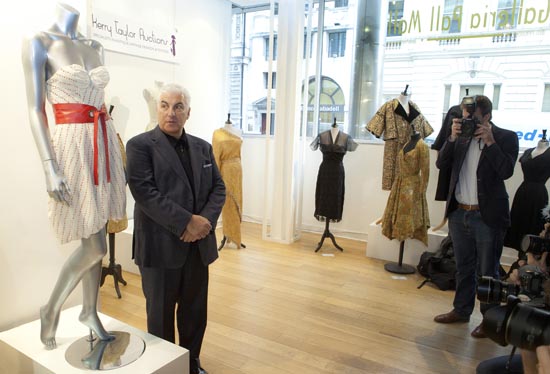 It said the dress designer, Disaya, agreed to donate proceeds from the sale to a foundation set up in Winehouse’s name.

Winehouse’s father, Mitch, attended the auction and called the donation a “wonderful start to the foundation,’’ which was set up to help vulnerable youth following Winehouse’s death in July.

A British coroner ruled the singer, known for her beehive hairdos, drank herself to death.