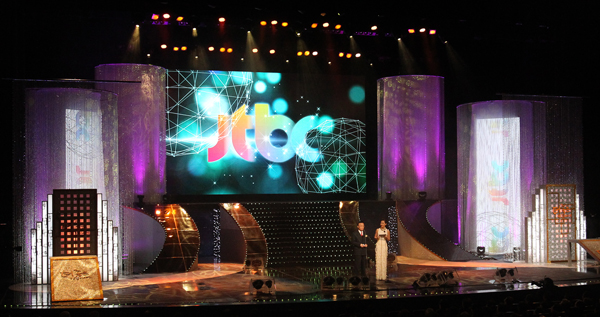 For JTBC, yesterday’s launch at 4 p.m. signified a homecoming after 31 long, dark years. Tongyang Broadcasting Company, JTBC’s former incarnation, was the country’s first private broadcaster until the network was shut down by the military government of Chun Doo Hwan in 1980.

President Lee Myung-bak sent a congratulatory remark via video message for the launches. “The key to a smart era is content full of creativity and imagination,” he said. “I hope the launch of the new broadcasters will be an opportunity to enrich broadcasting content and build Korean broadcasters into global media companies.”