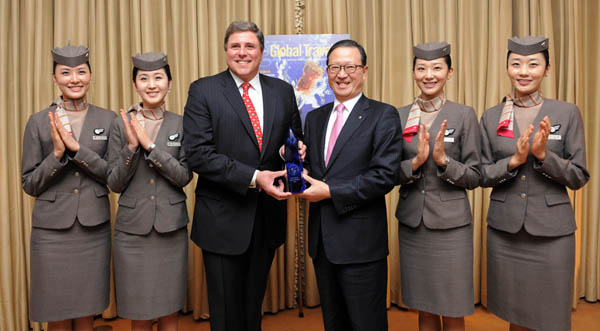 Asiana Airlines President Yoon Young-doo, third from right, poses with Global Traveler Magazine CEO Francis Gallagher, third from left, yesterday at the Peninsula Beverly Hills Hotel in Los Angeles. Asiana received the Airline of the Year award for the first time from the global business travel magazine. It also received six other awards, including Best Airline for Onboard Service and Best Airline for Flight Attendants. Provided by the company