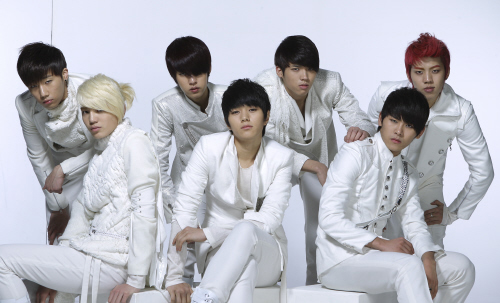 
INFINITE, the seven-member group that had a hit with “Be Mine,” will hold their first concert in Korea on Feb. 11, with a second date the following day.

Through the two dates the band hopes to entertain an audience of around 8,000 fans. The title for the pair of concerts is derived from the name of their debut album, “First Invasion.” The idol group will endeavor to again invade the music industry with their aptly named show. Although an early version of the poster was revealed containing just the dates and logos, an official poster featuring the band’s pictures will be unveiled in mid-December.

The organizer of the event, CJ E&M, said “The band’s exceptional performance and diligence are their greatest assets. The band’s repertoire and musical talent will be exhibited at the concert.” Meanwhile the band members have attributed their popularity and success to their fans. “This is all because of our fans’ support.”